Home Sports What Hayward will bring to the Celtics & Why Trading for Anthony... 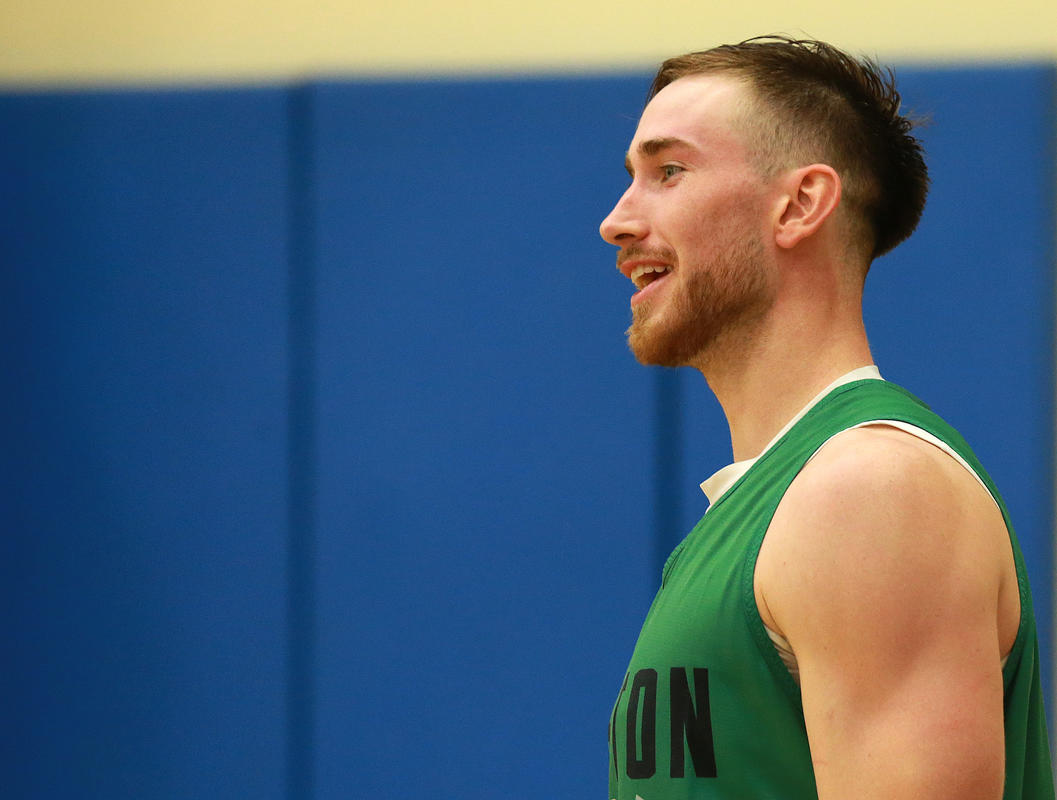 It’s been a rough couple of weeks for Celtics fans while the boys were traveling through London. On the bright side, they caught a great come from behind victory against Philly, a game in which the C’s trailed by 22 points only to take the W by an eleven point margin. Jaylen Brown had an impressive game with 21 points on 8 of 15 shooting while Kyrie has his normal self with 20 points. Flash forward to the Pelicans game where the Celtic’s 7 game winning streak was put to a halt by Anthony Davis who dropped 45 points and 16 boards. This was a bit disappointing especially since the Celts let up 116 points. However, Celtics fans shouldn’t worry because all signs are pointing up.

Even if we don’t see Gordon Hayward hit the floor in a Celtics jersey again this season, we have a big year ahead of us. This guy is a 20 plus scorer who can rebound, pass and play lockdown defense. Averaging a career high in points and rebounds last season, Hayward will only add to the Celtics middle-of-the-road offense, not to mention enhance their already number one ranked defense. Last year Hayward shot 47% from the field, second only to his rookie season. Hayward also significantly lowered his turnover numbers only having 140 last year compared to 202 the year prior.

Many rumors have surrounded All-Star Pelicans Forward Anthony Davis including the fact that Boston indeed wants to trade for him. I can confidently say trading for Anthony Davis makes absolutely zero sense for the Celtics based on what the asking price is. The original statement was that the Pelicans wanted Tatum, Horford and our Lakers pick which could potentially be top 10, however, is #1 protected. More recently the Pelicans Head Coach Alvin Gentry said they would “have to give us the New England Patriots”. Yeah right pal. Seems more like Gentry would purpose both Tatum and Brown along with Horford and our valuable LA pick.

No thanks! Tatum’s shooting ability along with his tremendous quickness and powerful takes to the basket provides the Celtics with a potential rookie of the year along with a future All-Star. Jaylen Brown has been unbelievable this season as we have seen his numbers jump tremendously. He has improved both his shooting and defense in large ways. And let’s not forget Al Horford who is in contention for Defensive Player of the Year. Sorry New Orleans, we have a great young team that can win not only now, but in the future. Meanwhile, the Pelicans sit at 23-21 with not one, but two All-Stars, not to mention former Celtic Rajon Rondo.