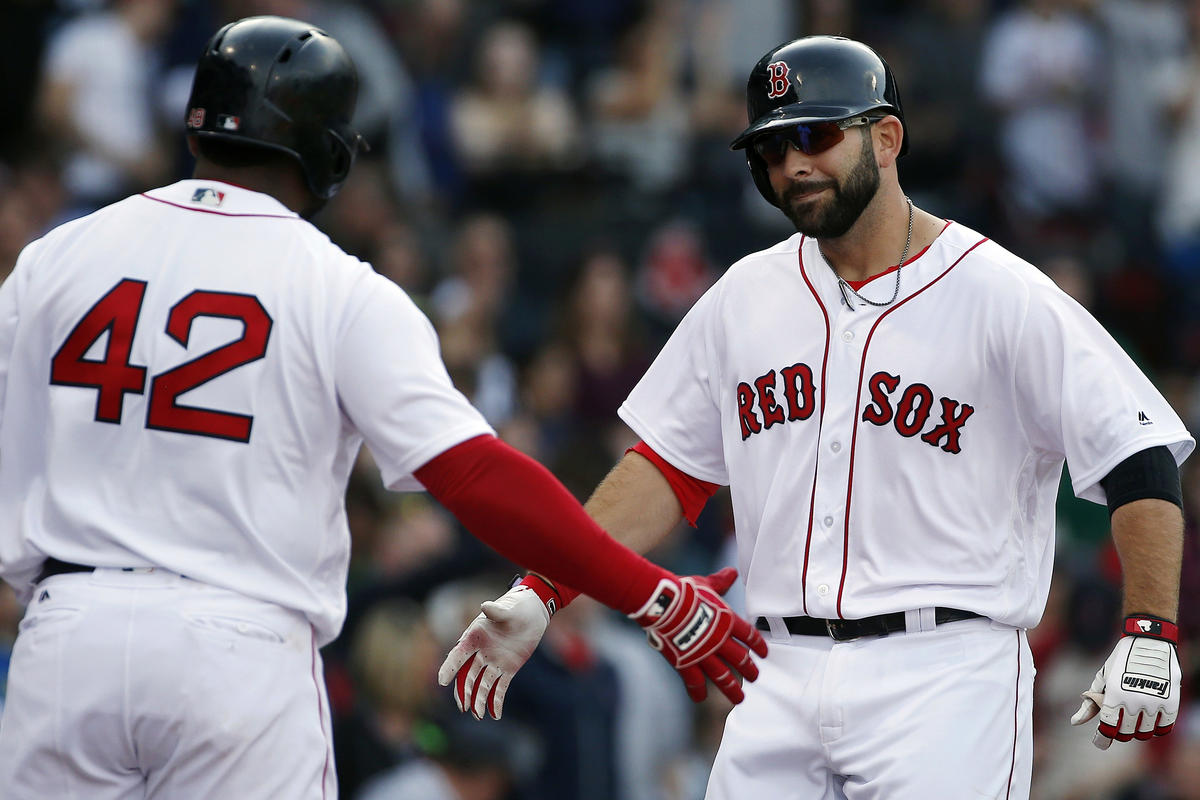 While the Yankee’s added the National League MVP Giancarlo Stanton, the Boston Red Sox are sitting with their dick in their hand going through the motions in the offseason.

What did the Red Sox do? They re-signed Mitch Moreland!! Yes! Take that Yankees! 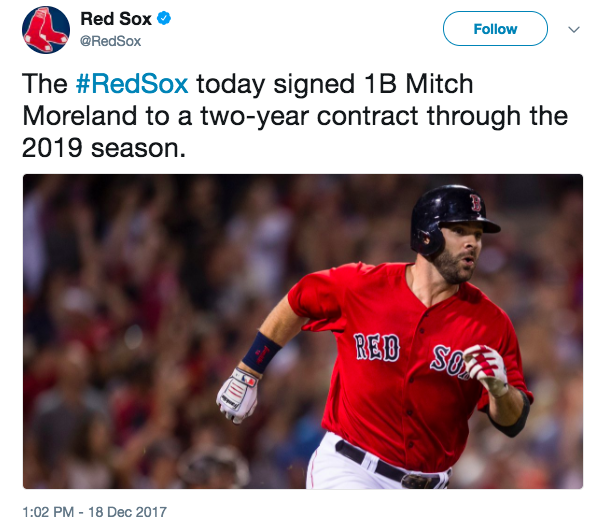 Hey Dave Dombrowski, so you just saw the Red Sox enemy acquire Stanton and your first move in the offseason is re-sign Mitch freaking Moreland? Wonderful. The Yankee’s are going to beat the shit out of you guys. I think Stanton is going to hit more home runs over the Green Monster than any player on the Sox roster right now.

At least Dombrowski made an effort to try and get Stanton to Boston, wait whoops. According to Stanton’s agent Joel Wolfe. He didn’t even make an attempt to get him.

“Boston was never presented to us as an option to us,” said Wolfe, “To my knowledge, Boston never had interest in him. They never tried to make a deal with the Marlins.” via the Boston Globe’s Nick Cafardo on Twitter.

Are you fucking kidding me? You didn’t even pick up the phone and call the Marlins? Couldn’t you even do that Dave? Jesus Christ, it baffles my mind because it makes me wonder.

Did Dave Dombrowski even show up to the fucking Winter Meetings this year in Orlando, FL? I’m not sure. I really don’t know.

Hey Dave. We still haven’t addressed the glaring need for power yet. When do you think you’re going to do that? You know the Red Sox had 168 home runs as a team last season, the 4th worst in all of baseball, right? And the Yankees had the most in the MLB with 241 and they just traded for the league leader in home runs last season. The Yankees have surpassed you.

They are by far the favorites to win the AL East. Also, after the trade, the Yankees have the 2nd highest odds to win the World Series now.

At this point, the Red Sox should not do anything. Do not overpay for a guy like J.D Martinez who is going to get grossly overpaid this offseason. The Red Sox should not be the team to do that. Just play out this season with what they have and next offseason throw all their money at pending free agents Bryce Harper or Manny Machado. You’re not catching Houston or New York this season, so why overpay for a 30 year Martinez. Wait for next offseason when real star-studded talent hits the market and overpay for them. It’s all you can do at this point.

“That’s a big one. That’s a blockbuster,” Cashman said. “It was a ‘Wow.’ Obviously, they gave up a lot and they got a lot. Boston’s like the Golden State Warriors now in baseball; they’ve got their [Kevin] Durant, their [Draymond] Green, [Klay] Thompson and [Stephen] Curry. It’s a big one.”