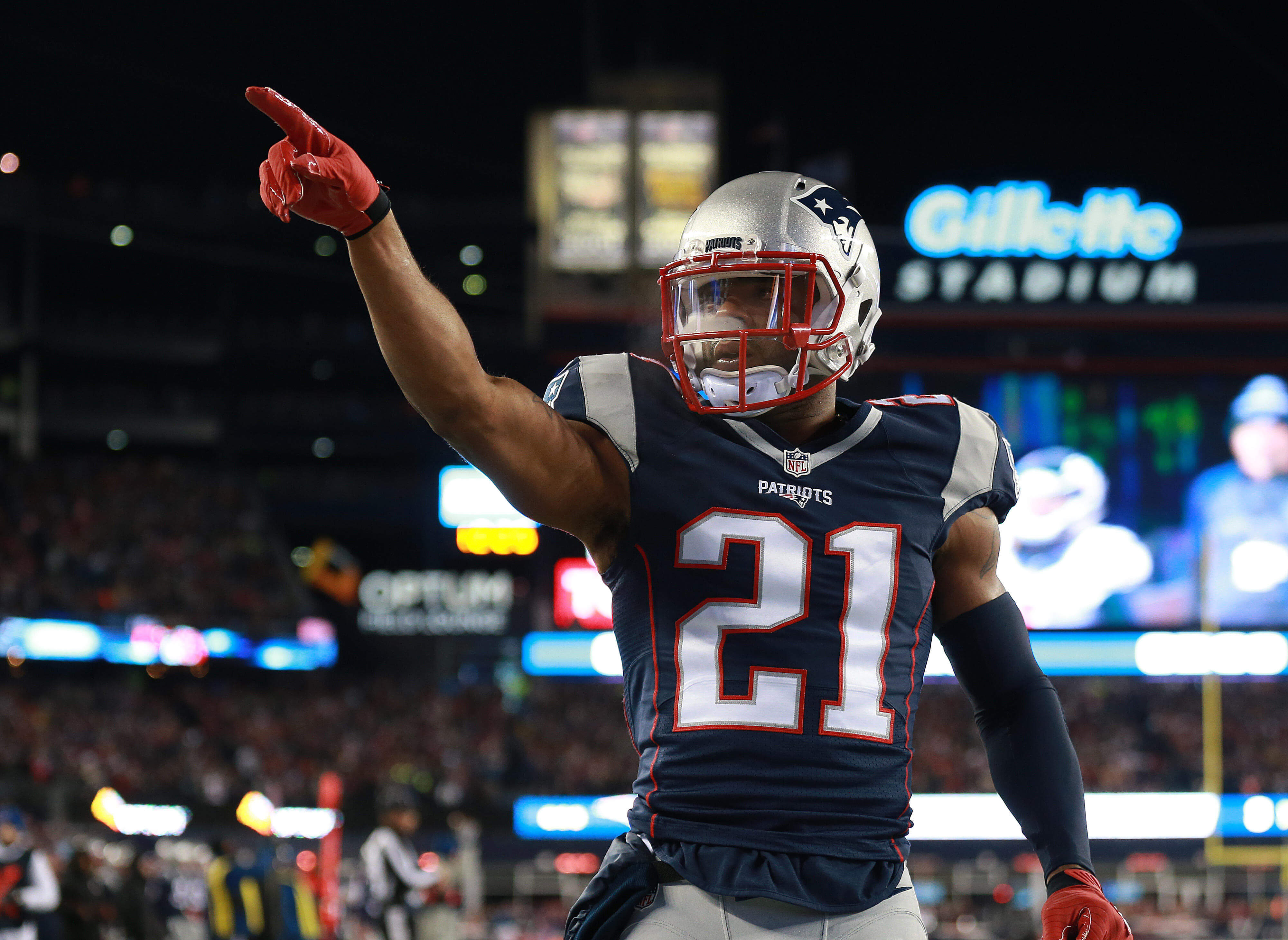 On Vision and Preparedness…

I have a rule– when the Pats are down by 10 or more points, I hop in my car and drive down the street to St. Ignatius Church in Brighton. I sit on the front steps, with a Dunkin’ Donuts cup filled with water (I usually have one in my car, so that part isn’t a strict aspect of the rule), and I ceremoniously pour the cup on the ground. I pray to give our guys strength despite immense pressure. I daydream that when I hop back and in the car and turn on the radio, I hear “TOUCHDOWN, PATRIOTS”– and guess what, that’s what I hear every single time. Patriots fans have an uncanny ability to believe in success despite all odds. In this three-part series, we will look at a few favorite Patriots Superbowl moments. Each of these moments shares various commonalities but most importantly– they are all a product of extreme preparedness and vision. The type of preparedness that a rookie coach or player may say ‘nah, I highly doubt this situation will actually happen in a game, but whatever, we’ll study it anyway.’ In part 1 of this series, we will look at all the factors that had to align for the celebrated Malcolm Butler Interception to occur in Superbowl XLIX.

During the last Superbowl, I left my family’s party and went back to my apartment to watch the rest of the game. It was a solemn ride home, and I was not doing well. On my way, I decided to stop off at the Church– I did my ritual and chanted my mantra “we need something good to happen,” and envisioned Tom screaming “LET’S GO” with the Lombardi trophy in his hand. I mean, I really envisioned this, I pictured the red and blue confetti as it sticks to the player’s jerseys. I envisioned the moment the players put on their new Superbowl hats. I thought of the exact moment when they hold the trophy and scream, “it’s heavy at the top” to Matty P. I envisioned the fingerprints on the Lombardi, and the moment when Robert Kraft takes the stage. I envisioned the trio of Brady, Kraft, and Belichick repeating the words “it was a team win,” over and over again. I thought of the timbre of their voices and the look in their eyes.  Most of all, I envisioned Goodell handing the trophy to Brady– are there words exchanged? Is there an eye roll from Belichick? I craft every single element of this moment in my head. I mustered my most powerful visualization techniques and sent those wishes deep into the universe.

When I arrived home from the Church, I put on the TV and James White came through with a Touchdown. My prayers were being answered. In that moment, after a 99% chance the Patriots would lose, I truly believed in the power of visualization. The word vision has two main connotations– there is a foresight type of vision that a Coach may use to predict the plays that may come up in a game. The second type of vision is akin to a dream-like state when one visualizes the future and wills their desires to fruition. The Patriots are able to harness both types of vision, and use their hard work and preparedness to will success to happen, despite all odds.

Yet again, during the AFC Championship against the Jags– when we were down ten points, I went to St. Ignatius. I hopped in my car after the prayer and put on the radio, and low and behold Dola came through. Things were turning around for us. The power of visualization served us right yet again– the team that works the hardest is the team that wins, and I always have faith that we are that team.

We are currently less than a week away from The Big Game, and we’re sleeping in our Pats gear. I wear my MHK pin every day and have dreams of Brady holding the Lombardi screaming “WE’RE BRINGING THIS SUCKER HOME.” I fantasize of Belichick overcome with emotion, which I think about a lot, but we know that probably won’t happen. Hell, we may get a big hug and a smile followed by immediate stoicism– but I’ll take it. Now, let’s take a look at a play that was a true product of; foresight, vision, and extreme preparedness.

On The Butler Interception…

The year is 2015, and the Patriots face the Seahawks in the Superbowl in Glendale, Arizona. With less than eight minutes of football left to play, the Patriots are looking at a ten point deficit, something that has become all too familiar to New England fans. After closing the gap, at second down in goal from the 1-yard line we see the Patriots execute one of the greatest plays in Superbowl History– The Malcolm Butler Interception. After the W, Butler told an on-field reporter, “I just had a vision that I was going to make a big play and it came true.” It sure did, as Butler wasn’t even supposed to be on the field during that play but a second-half coverage switch caused him to be a key element in the play which changed the game. He had a vision of this moment, just like Belichick and Ernie Adams did to ensure they prepared more goal line packages than usual. Butler had practiced this play a couple times, but in practice “he did not have the awareness” for the play that he displayed during game time, according to Belichick. Butler, took center stage during XLIX, after achieving only four passes defended and zero picks that season. Let’s take a look at how this rookie got on the field to execute the greatest interception in Superbowl History.

Browner was moved to Matthews’ coverage, which proved to be effective in stopping Matthews from connecting with Wilson. Leaving, Butler to cover Jermaine Kearse and Kyle Arrington for the majority of the second half. The Patriots were in a position to take a timeout, but Belichick watched the body language on the field and on the Seahawks sideline and decided they did not need to take a timeout. The Pats broke out one of their goal line plays, which they practiced in the off chance that they would need it– and they did. Their goal-line packages went under the guides of matching the number of receivers with an equal number of corners. They were ready for any goal-line scenario that may present itself, despite the possibility that it may never come up during the game. The goal line play that they executed that evening was practiced various times by three different players, with Malcolm understanding the play the least out of the three. Lo and behold, Malcolm was called to the field for the play, because he was in for Arrington for the majority of the game, and he was called “in” for Kyle, again. However, Malcolm’s matchup in this instance was really Kearse. Rewatching this moment is great because you can actually see Browner refreshing Butler on this play and his job. Browner’s job was to “jam the point” leaving Butler free to find the hole and pick off the ball. In practice, Butler never found the hole, rather he did a wide berth around the defensive back and seemed a bit unaware of his surroundings. But during the game, this rookie had a vision he would make a big play– and he did. Ernie Adams, had a similar vision as he was the true architect of this divisive play.  He has an almost clairvoyant ability to foresee what their opponents will do in any given matchup, and thus he is able to engineer calculated plays through his deep understanding of his adversaries. His vision proved accurate, at second down in goal from the 1-yard line, when a rookie player from Alabama made the play of his life.

This moment is emblematic of the Patriots’ characteristic over-preparedness and immense vision. The odds this specific goal line scenario would come up during the game is low, and the odds that the rookie with the least awareness of this play would be the one to execute it– is also very low. The stars had to align just right for this miraculous play to occur, in order for the Pats to beat the Seahawks in the fourth quarter of Superbowl XLIX.

In Part 2 of this series, we will take a look at the three two-point conversions used in Super Bowl LI. We will see how each of these point conversion scenarios were also a product of; luck, preparedness, and Belichick’s vision.