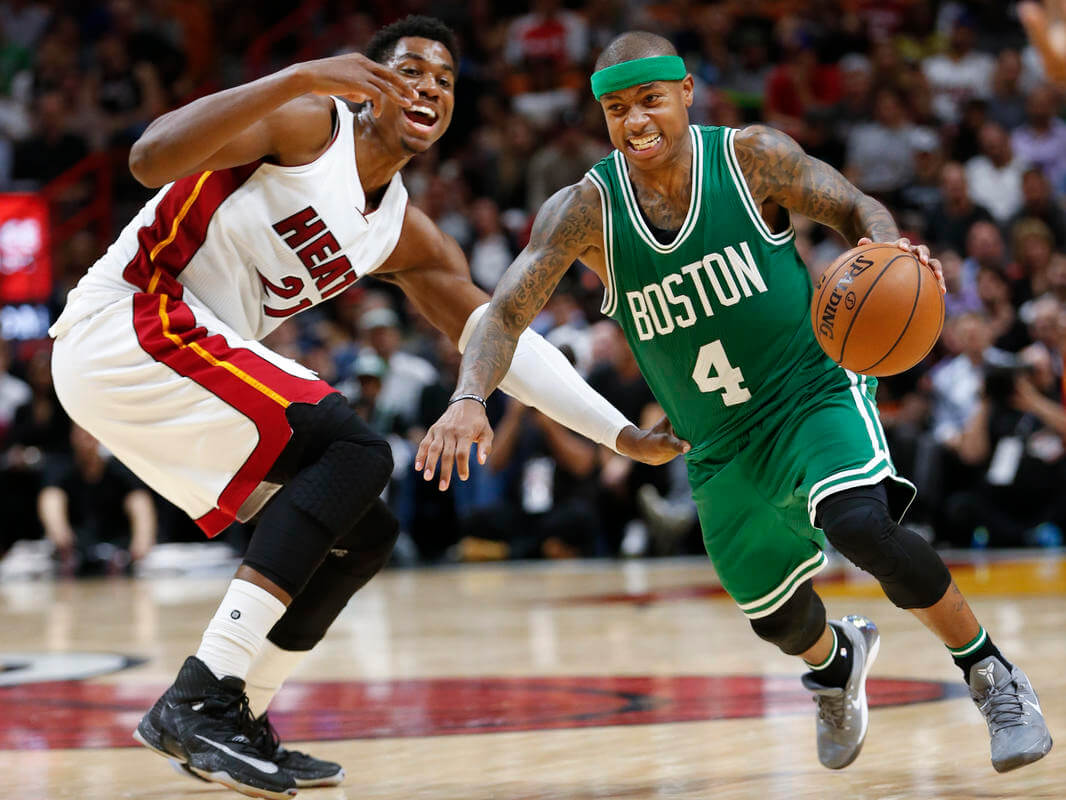 This whole video tribute bullshit has gotten so out of hand and it is because of one person and one person only, Isaiah Thomas.

First off I just want to say, I love Isaiah and what he did for the Boston Celtics franchise in such a short term was remarkable. When he was traded here, it seemed like just some average deadline deal for some depth on the roster but he turned into one of the best point guards in the entire NBA.

Thomas was an NBA MVP candidate last season, averaged 28.9 points a game and brought the Celtics to 1st place in the Eastern Conference and an Eastern Conference Finals appearance for the first time since 2012. His playoff run will be embedded in Celtics history from losing his teeth and continuing to play to dropping 33 points after tragically losing his sister the day before playing game 1 of the first round of the playoffs. He will be remembered and loved by the Celtics organizations and fans for the rest of his life.

The dude is starting to piss me off. Thomas got traded to the Cleveland Cavaliers and he has publicly expressed his unhappiness with the trade and ever since then, he has really started to get me mad. 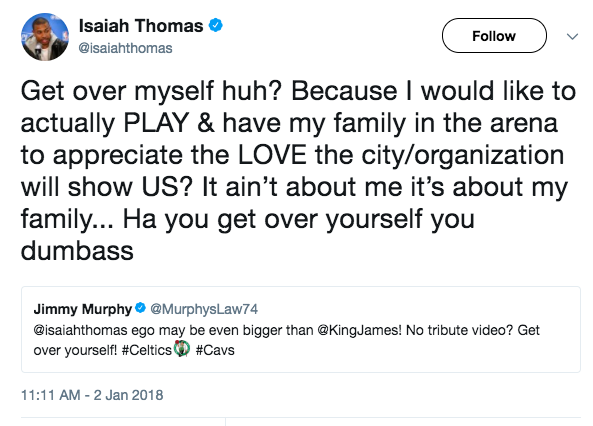 And the next appearance Cleveland makes at the TD Garden is February 11th. The same night the Celtics are retiring Paul Pierce’s jersey in the rafters of the Garden. 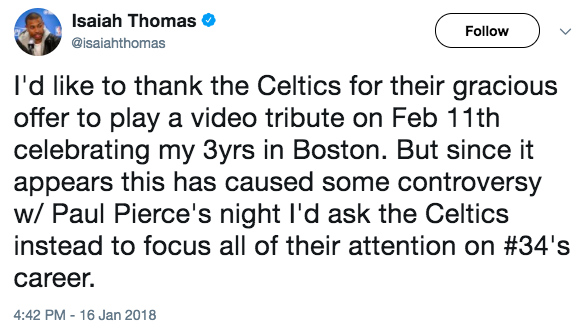 Thomas wanted a tribute the same night as Pierce’s jersey retirement. The Celtics were ready to give him that until GM Danny Ainge approached Pierce to make the final decision.

“I’m not saying Isaiah shouldn’t get a tribute video … but on Feb. 11, the night I get my jersey retired, I’m not sure I want to look up at the Jumbotron and see Isaiah highlights. I enjoyed watching that (Kobe’s tribute videos) throughout the game. Hopefully, the Boston Celtics will do that for me. I’m not sure I want to see an Isaiah video that night.” Pierce said on ESPN “The Jump”

I’m in Pierce’s corner here. I’m sorry IT, you had your chance to get a video tribute you and Cavs decided that you should not play for even though you played 19 minutes the day before and looked ready to go. January was supposed to be your night and you fucked it up. What did you really accomplish here? You lead the Celtics to 3 playoff appearances and one Eastern Conference Finals appearance. WOOHOO. We lost in 5 games to LeBron James and the Cavs in the Conference finals WOOOO!! Hey, but at least we got there! No. I agree with what Rajon Rondo said on Tuesday. 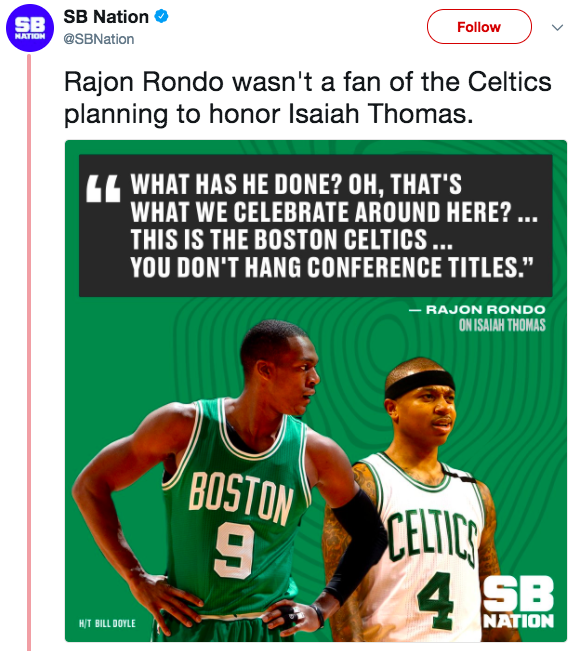 1000% agree with you Rondo, even though you’re a dink sometimes, I agree. Paul Pierce has earned the right to have his number in the rafters playing 15 seasons here, NBA Champion (Carried by Kevin Garnett), 10-time All-Star, the second all-time leading scorer in Celtics history, and also ranks second in Celtics history in career scoring average.

Sorry IT, I know your feelings are hurt by the trade, I have a box of tissues if you need them. But Paul Pierce has the right to have a night to himself when his number is getting raised in the rafters. Get over yourself, you diva. You didn’t do much here.