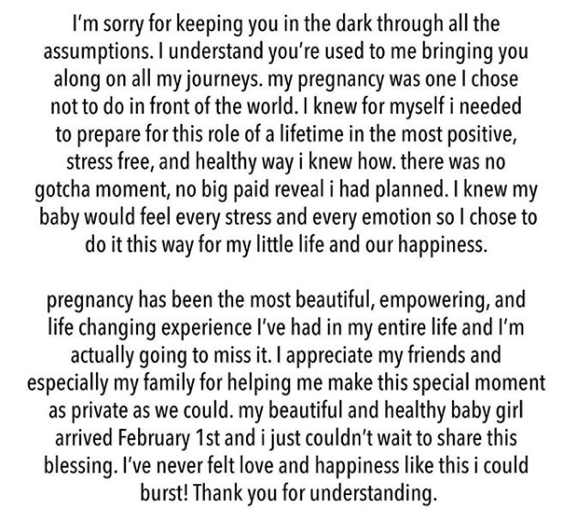 Yesterday when I woke up I thought that all of the day’s attention would be focused on the Super Bowl, except at around 3:30 the internet’s focus definitely shifted. Kylie Jenner not only finally confirmed her pregnancy, but announced that she had given birth to a baby girl on February 1rst. She made this announcement through her Instagram account, in which she posted a sweet post of why she kept her pregnancy a secret for so long. It wasn’t for a big master reveal as so many people speculated, but instead as a way to protect both her emotional health and her baby girl. 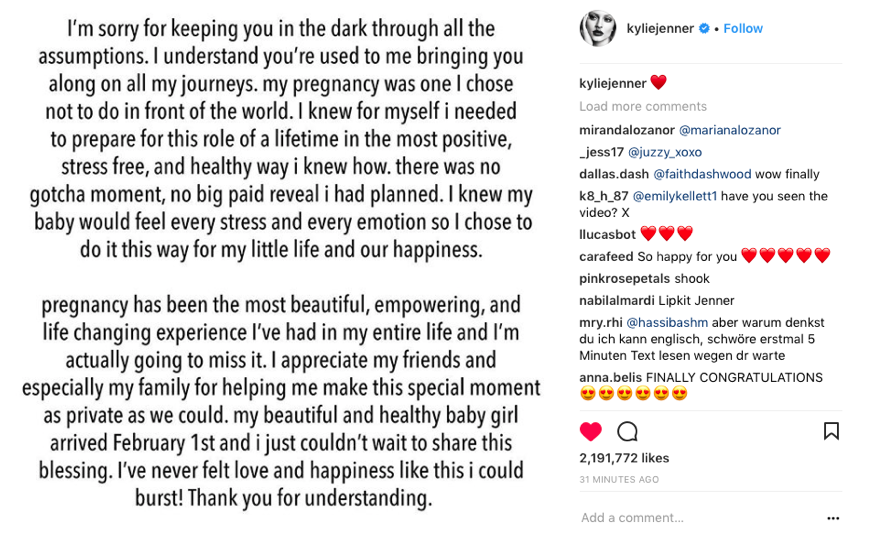 She also linked a Youtube video into her bio that she and her loved ones had made. The video is titled “To Our Daughter”, and is a sweet combination of interviews with loved ones, and footage from Kylie’s pregnancy journey. The video had already raked in hundreds of thousands of views after being posted for less than an hour. It then quickly became number one on Youtube’s list of trending videos.

Some of my favorite moments include the advice from her mom, Kris Jenner. Kris talks about one of the things that she learned when she was raising kids, the fact that it takes a village. Kris goes on to say that herself, Kylie, and all of those around them will be able to teach the new little girl so many different things about life. While there hasn’t been a name reveal, I think it’s safe to expect that announcement coming out sometime soon. The link to the video is down below, as well as the announcement that Kylie made through her Instagram!