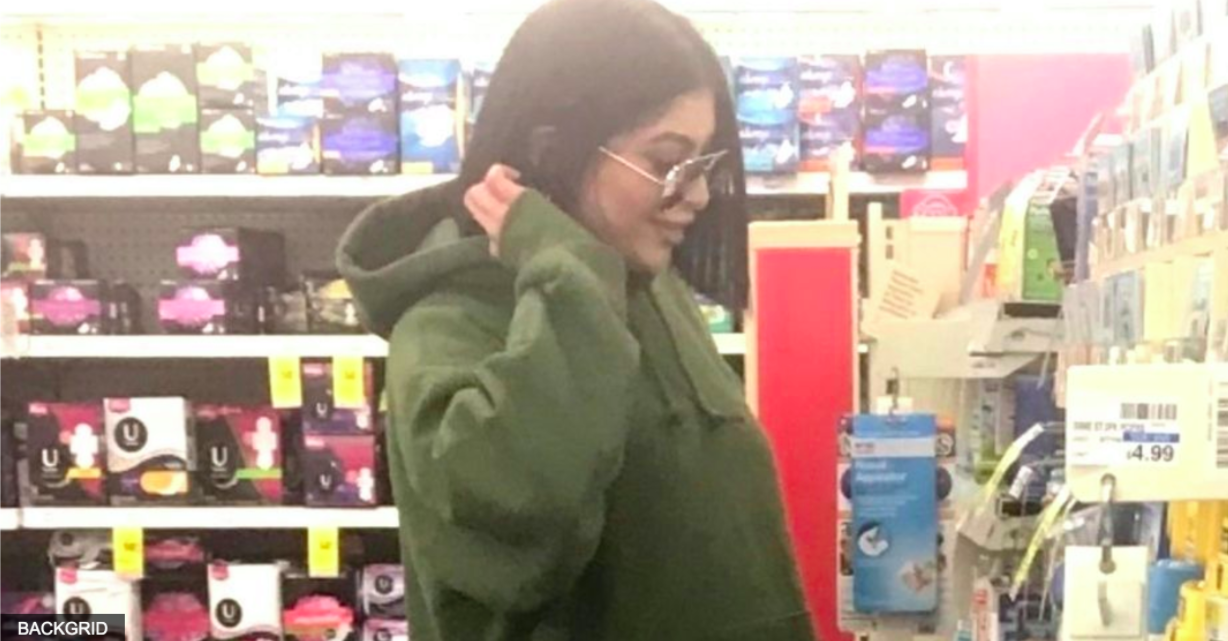 Okay, so I’m sure all of you have heard the rumors by now that Kylie Jenner is pregnant. Well, we think. Now, if you’ve fallen into the Kardashian trap like I have, then you know that this is probably just another one of Queen Kris Jenner’s publicity stunts. The Kardashian/Jenner family is known for manipulating the media and creating a whirlwind of self-promotion for their own satisfaction and popularity. That’s probably why they are on their fourteenth season of Keeping Up With The Kardashians. But, if you are like me, then you are aware that once you take a step into their world, there is no getting out.

Doing some research and becoming more and more obsessed with the Kylie pregnancy rumors, I have found some pictures that might be seen as ‘evidence’ to some.

Kylie has been seen recently out in public with friends wearing oversized shirts and baggy clothing, almost as if she has something to hide? We’ve all seen the slew Kylie’s deleted snapchats where she looks quite busty and glowing— which pushes the storyline of her pregnancy even further. Her alleged baby’s father, Travis Scott, has also posted a snap of him on a private jet with the caption— “make it home to you one way or another.” Each of these pieces of “evidence” has been further publicized on every entertainment news outlet out there. The Kardashian/Jenner clan has neither confirmed nor denied these rumors on various talk shows, like The Late Late Show and Ellen. Knowing Kris Jenner is a PR genius, it’s not lost on us that this ambiguity is deliberate, to keep viewers glued to KUWTK. We wait each Sunday (with bated breath) for the ‘big reveal’ as rumors continue to circulate, so it’s clear that the Kris Jenner PR machine is doing its job.

Kylie has kept to herself during her alleged pregnancy, even having her bestie Jordan Woods accept an award on her behalf. But, when Kylie does grace the internet with her presence, she often covers her stomach (seen above). 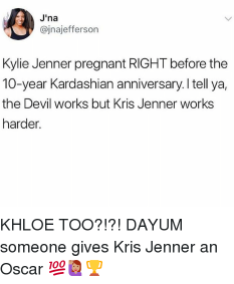 Some fans on Twitter have also had something to say about this Kylie mess. It seems that everyone (and their brother) has their two cents to add to the Kylie Pregnancy drama. It’s almost as if the whole internet has become detectives as they compile evidence to support the pregnancy theories.

I guess we will all have to be patient and wait to see what happens! Who knows, maybe she’s Kim’s surrogate after all… 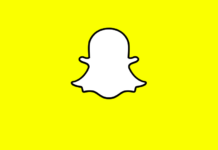