Home Sports How I Continuously Help The Pats Win 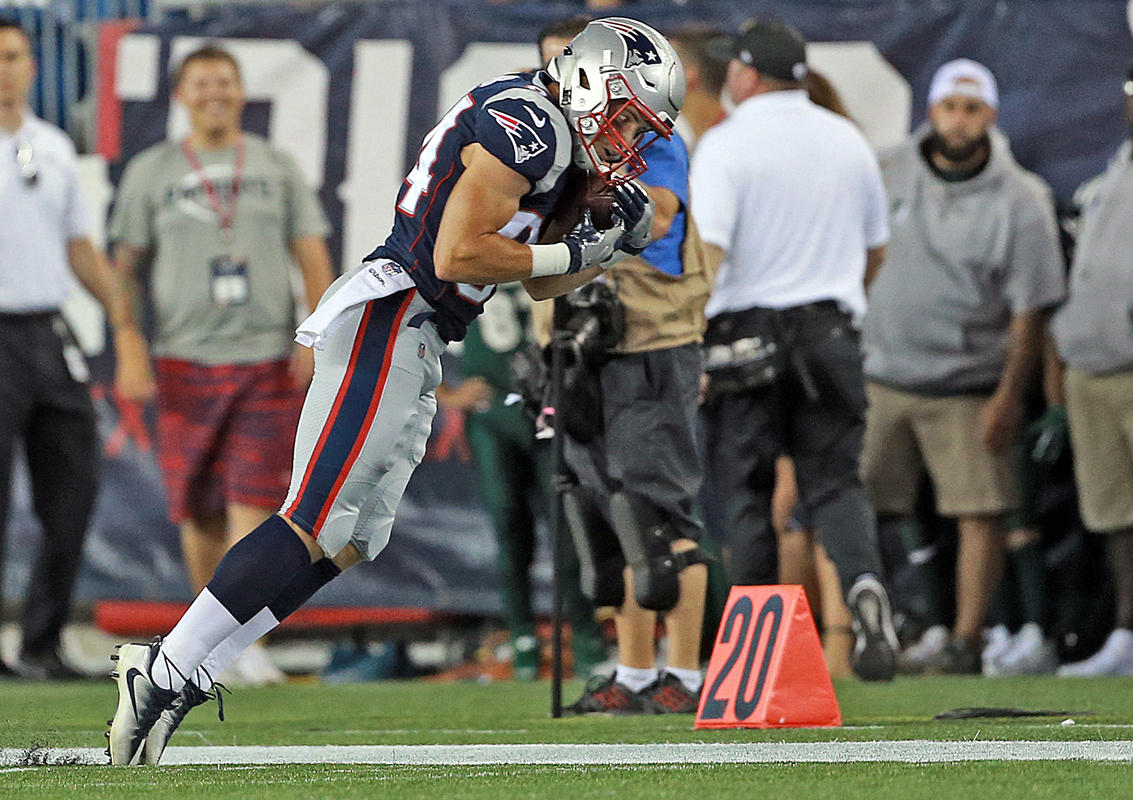 Some people wear lucky underwear or socks on game day, but when it comes to the Patriots and the playoffs, I tend to take superstitions to a whole new level.

I was superstitious before I even knew what the term meant. Although, recently, I’ve come to discover that my early superstitious activity was more OCD activity than anything. I always did things in a particular order. For example, before bed, I washed my face, then brushed my teeth, and finally brushed my hair. If I did these tasks out of order, I forced myself to repeat them. I feared that if I did the tasks out of order, something bad would happen. I know this sounds crazy and ridiculous, but this was how my mind worked, and sometimes still does work.

My sports superstitions started when I was a Pop Warner cheerleader. At eight years old, I firmly believed that if, while cheering on the sidelines, I stood in a certain position, with my left hand crossed over my right, my team would win. So cheerleaders do help the team, win, right?

Crazy enough, I am still this same level of superstitious when it comes to the Patriots. Here is proof that my superstitions have helped the Patriots win playoff games and Super Bowl titles:

While watching the Super Bowl in my friend’s basement, I ran upstairs to use the bathroom. Every time I went upstairs, something good happened for the Patriots. At first, I was sad I missed all the good plays, but I soon realized the power I had. Nearing the end of the fourth quarter, when the future didn’t look bright for the Patriots, I ran upstairs. With 27 seconds left and the Seahawks just a few yards away from victory, my friends told me to give up and come back downstairs. They lost all hope, but I stood my ground! We all know the Pats won, thanks to Malcolm Butler, but my friends’ grandpa, (who watched the game upstairs), and myself are the only ones who know why the Patriots truly won.

In 2017, I watched the Super Bowl in a college dorm. From the start, I knew something was off. When the Patriots were down 3-28, my friends and I ditched. I didn’t leave because I lost hope, but because I thought that if I changed what I was doing, the fate of the game would change too. From the time it took me to walk from one dorm to another, the Pats scored 17 points! I repeat, 17 points. I realized that me not watching the game would help the Patriots win, so I closed my eyes until they did. Once again, my superstitions worked!

Due to my past experiences, I decided not to watch the AFC Championship game this past Sunday. I figured if I didn’t watch, the Pats would surely win. After seeing a few concerning snapchat stories, I broke character and checked the score of the game. As I refreshed my browser, Jacksonville’s score went from 17 to 20, giving them a 10 point lead over the Pats. Even when I looked at the game for one second, something bad happened. As a result, I decided to distract myself by driving to Chipotle, buying a burrito, and stress eating. I refused to check any form of social media. At 5:40, when my dad texted me, “Let’s GO”, I knew my not-watching-the-game superstition was working. You’re welcome, once again.

I am not saying you shouldn’t watch the Patriots. YOU should, I shouldn’t.

I am also not claiming that I actually helped the Patriots win. I firmly believe that the New England Patriots are a smart and talented team, capable of comebacks and miracles.

Do you have any superstitions like mine, or am I just crazy?