Home Sports Hitting the Ice for an American Hero 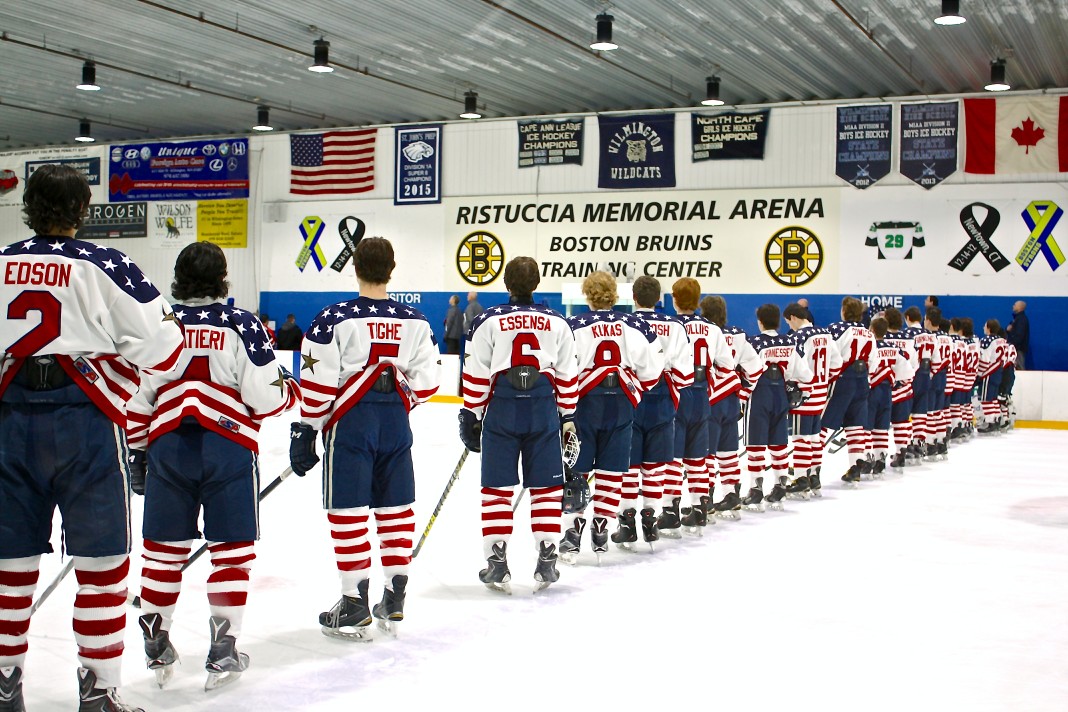 On Saturday, February 13th I had the honor of playing in the 8th Annual Derek Hines Memorial Game that pitted my St. John’s Prep Varsity hockey team against Catholic Memorial. While our entire season has been fueled by drive and ambition, this game in particular was played with a raw emotion and physicality that you do not see very often in weekly high school hockey games.

St. John’s Prep came up victorious, but the true victory was in what we accomplished in paying tribute to an American hero. The final score: SJP 5 – CM 2. Any other outcome was really not an option. We, as a team, needed to win this game and somehow we just knew we would. 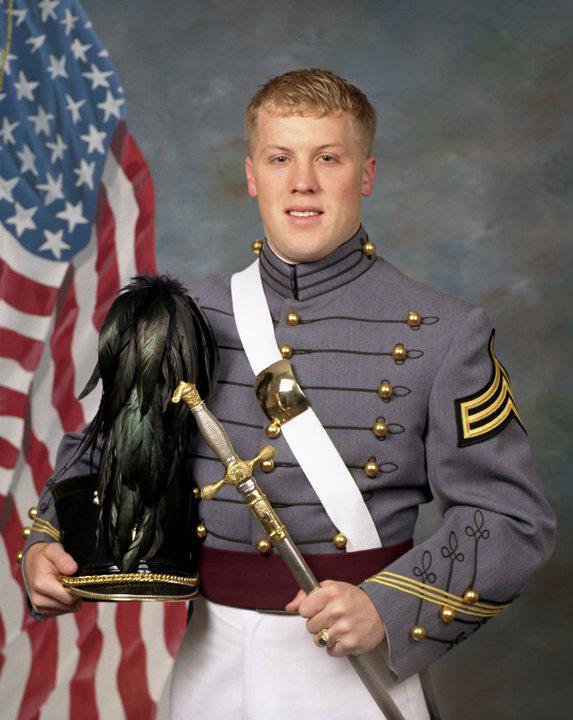 Yes, we needed this win because of the obvious Catholic Conference rivalry and the more serious play­off implications that always loom near season’s end. But much more importantly, we needed this win for both the family and memory of Derek Hines. Coach Hanson summed it up perfectly at the Friday afternoon practice before the game when he said “there aren’t many games a year that we absolutely need to win, but this is one”.

The game win was significant and symbolic in the check we presented as a team to the Hines family for $10,425 to support the 1st Lt. Derek Hines Soldiers Assistance Fund. Winning the game in Derek’s name was an even better prize. 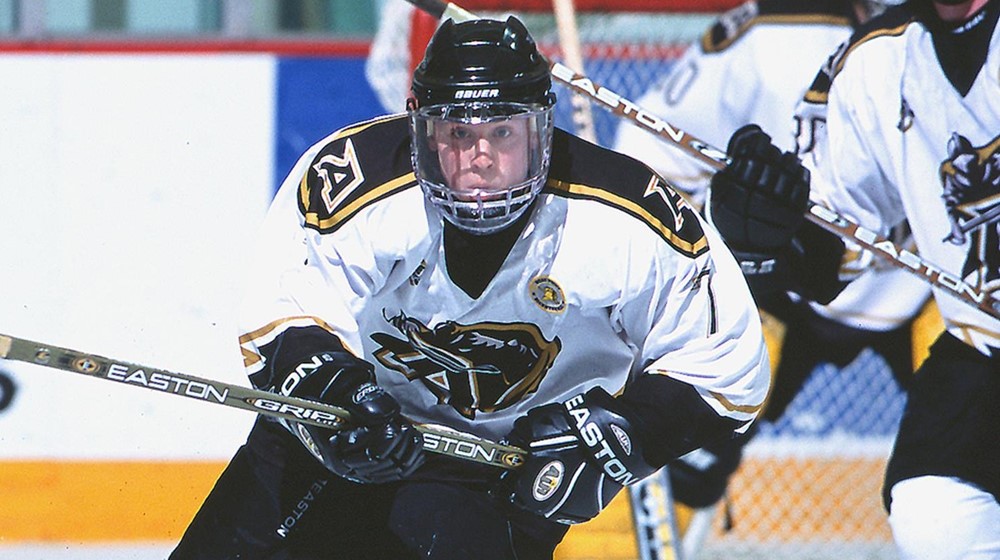 As a student, Derek Hines starred for both the hockey and lacrosse teams at St. Johns Prep and was a National Honor Society student before joining the Army and graduating from West Point in 2003 where he also played hockey. 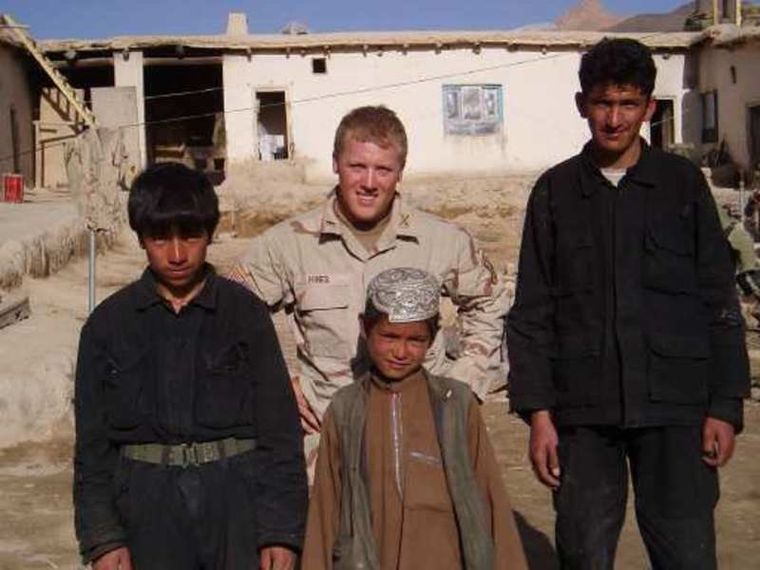 While conducting security operations in Afghanistan, Hines’ unit came under attack and Hines was shot and killed on September 1, 2005. As the story goes, Hines kept battling even after he was shot, refusing to give up the fight. He was one of us, but he also fought and died for our country. That meant a lot to us as a team.

The attitude and emotion in the locker room had a different feel to it Saturday. As the team geared up in our brand new red, white and blue uniforms we all knew Derek’s father would come into the room and give a pre-game speech. As Mr. Steve Hines entered the room, I have never heard a hockey locker room full of high school hockey players so ominously quiet. Before one word was spoken by Mr. Hines, chills ran through my whole body. He pulled out a black leather diary and shared with us that it had been kept by Derek while in Afghanistan and he will read a few passages from it to us. Mr. Hines read a passage about courage and how Derek was uncertain he possessed it. He then read a passage where Derek was caught in combat. While others rushed for cover, Derek hopped behind a .50­ caliber machine gun, which he’d never handled before, and fought for his men. Mr. Hines then told us that he hopes that if and when the time comes that we – as individuals and as a team, both on and off the ice – need to have the courage to step up under fire or facing adversity to win the battle, to win the war, that we will do as Derek did. 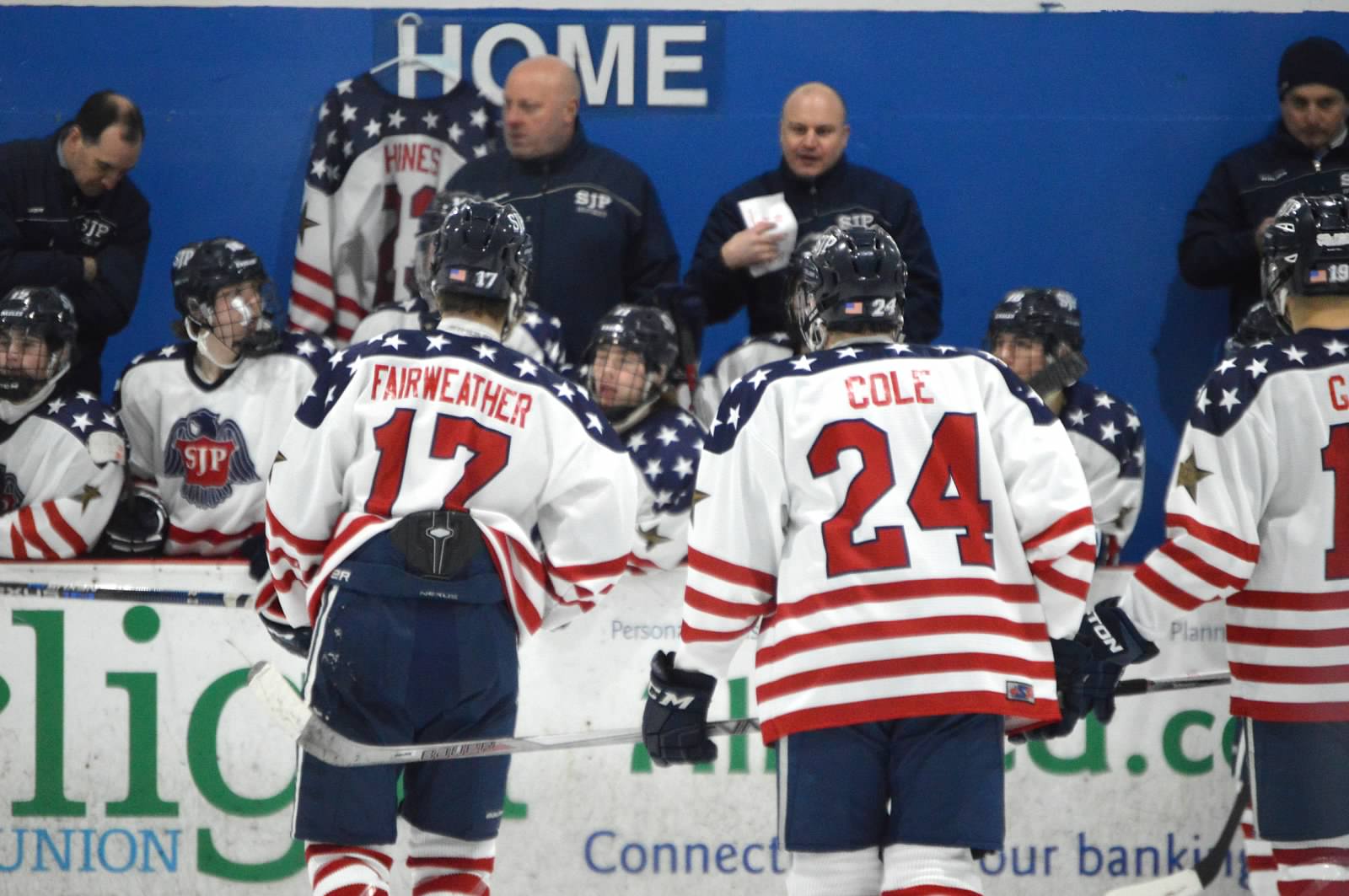 He then read a passage about will power and how Derek saw it in the soldiers around him. “He can see that when it comes down to the moment when you don’t think you can go any further these boys keep pushing,” said Mr. Hines. He also spoke of last year’s team and how it took courage and will to win the battles – hockey games – to win the war – the Super 8 Championship.

The emotion from the pre game speech was carried on throughout the whole game straight through the finish. Playing in this game and pulling on the Hines jersey is the most honored I have ever been to play in a hockey game. 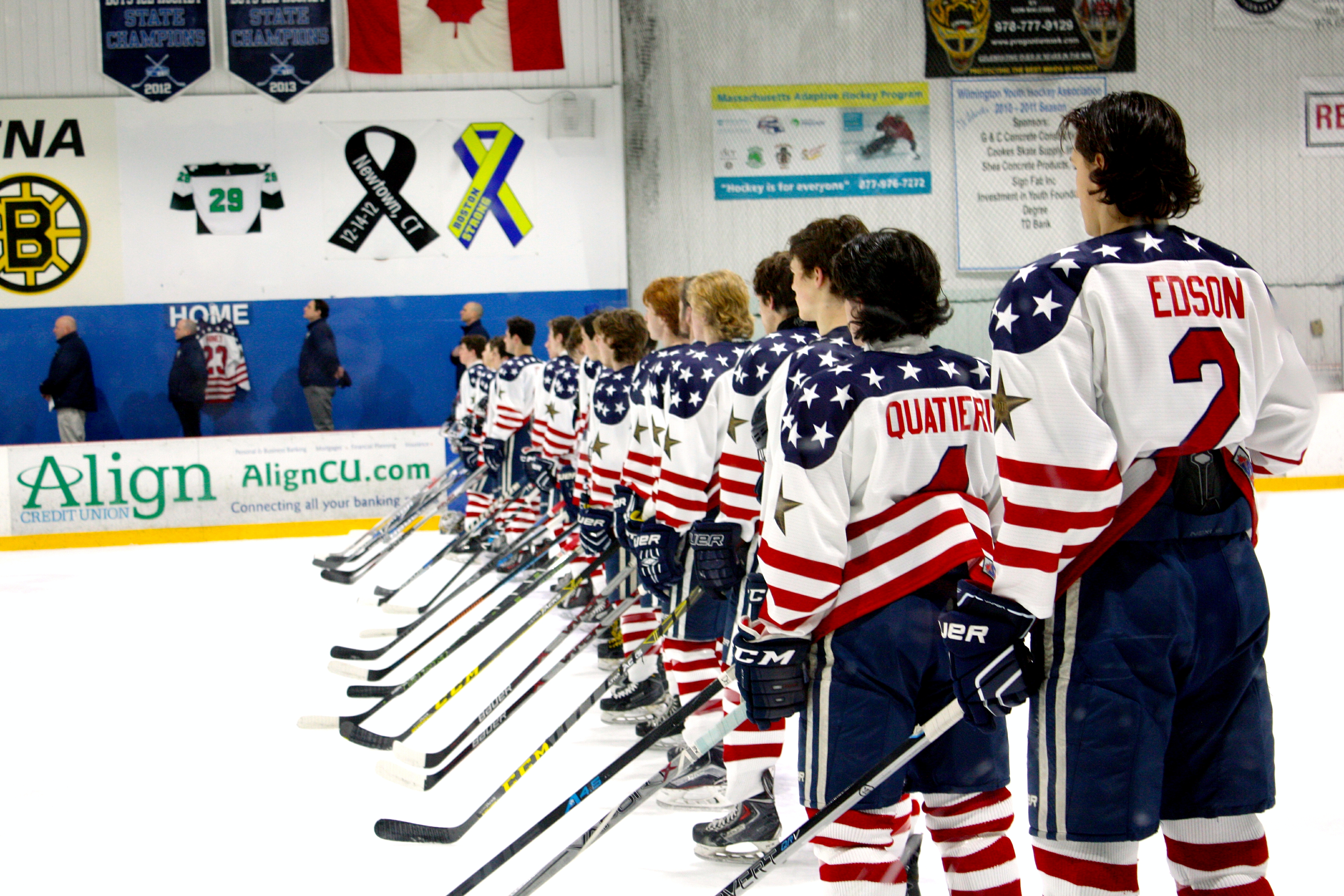 Derek is a true inspiration to not only hockey players, but to everyone in our country. He exemplifies will power, courage and strength as well as being a kind hearted caring person. Derek gave his heart and soul for his team and he gave his life for his country and every year as SJP takes to the ice, the boys will give their all for Derek. 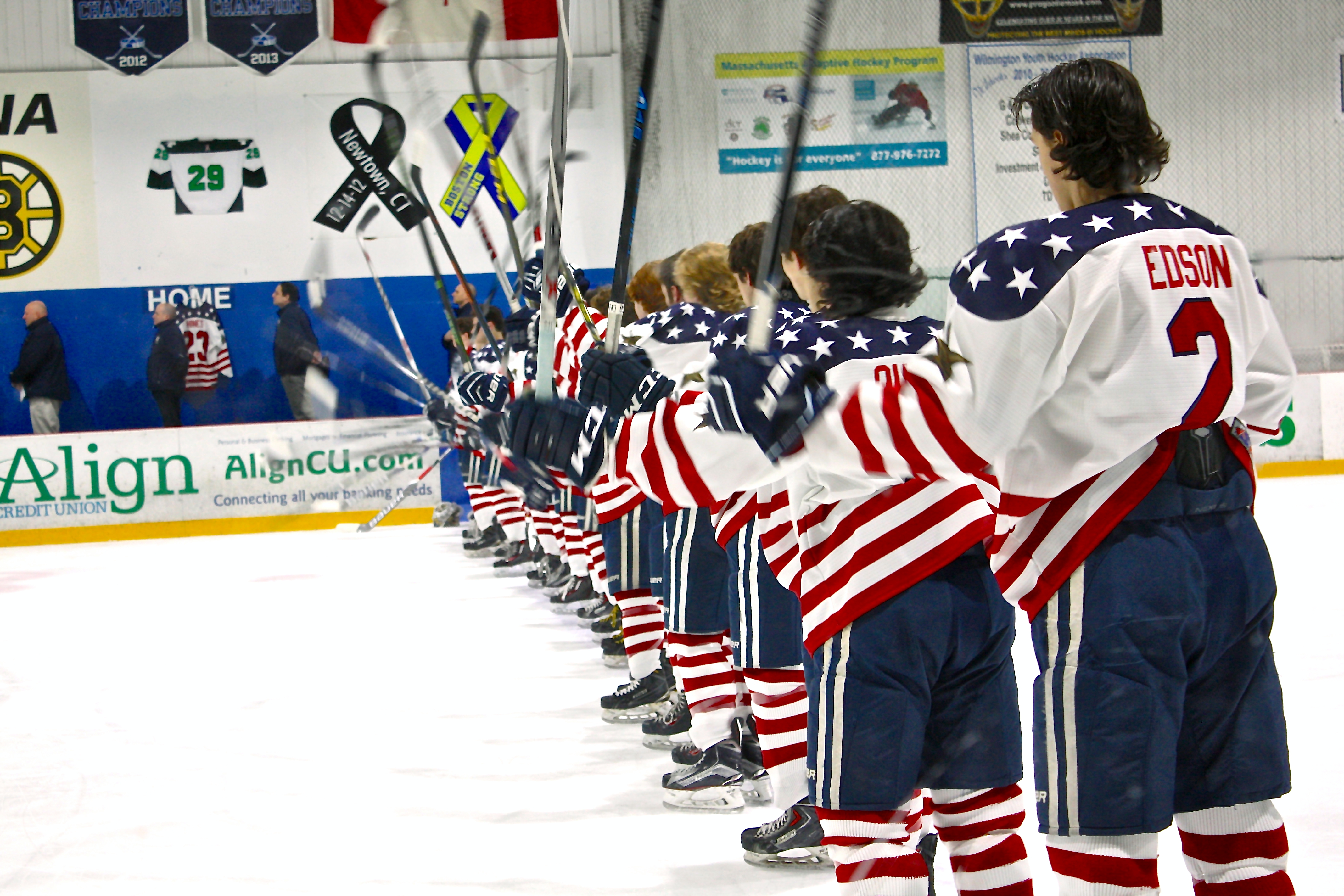 You can learn more about the Derek Hines at this link: http://www.derekhinesfund.org/.