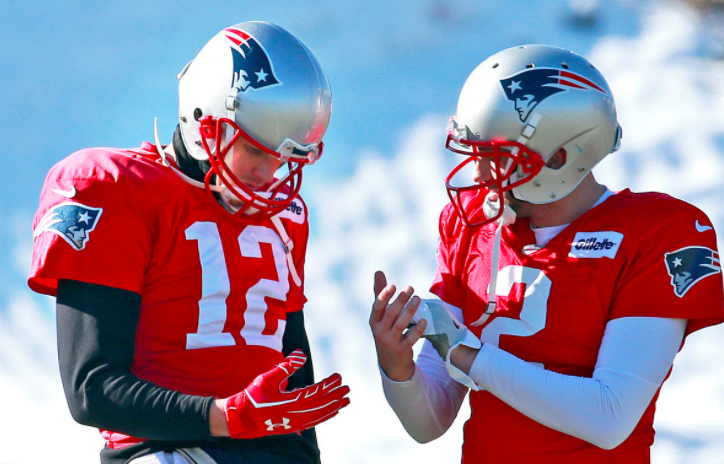 Does anyone have dejavu from the thumb incident during 2016 Preseason (commonly referred to as #ScissorGate)? I sure do. We’re all trying to figure out what the deal is with Tom’s thumb. Bill Belichick was tight-lipped on Tom’s injury during his recent press conference– directing his comments mainly on this weekend’s game against the Jaguars. Classic… Belichick did not explicitly say whether Tom will play on Sunday. Fans have speculated that Coach may be trying to mess with the Jaguars by insinuating that Tom won’t play. NFL fans outside of New England are praying that this injury will keep the Pats from (yet another) Super Bowl win. God, I hope that’s not the case! Let’s take a look at what we know as of now.

A mysterious Patriots player had a run in with Brady in practice this week, resulting in Tom being added to the Pats’ injury report on Wednesday. Brady was absent from his regularly scheduled press conference earlier this week, as Medical staff conducted X-Rays on his golden right hand. Later, it was reported that his X-Rays came back negative– so it looked like Brady was all good, and seemingly unscathed from an incident at practice. In Yesterday’s practice, Brady wore two gloves which caused a lot of speculation from media and fans, as he usually wears one glove– leaving his right hand free. We wondered, was Brady possibly hiding a splint under that right-hand glove? We didn’t receive any answers or reassurance on his condition from the QB himself, as he was absent again from Thursday’s media conference. We did see a photo surface from Wednesday’s practice of Brady’s ungloved right thumb– there was no visible bruising but it did look a bit swollen. However, fan’s further harped on a second image that surfaced, where Brady and Hoyer were chatting and looking down at his cumbersome and gloved thumb. A picture speaks a thousand words and Pats fans certainly have a lot to say! Fans and sports media have dissected every aspect of this image; from Brady and Hoyer’s facial expressions peeping out of their helmets, to the angle and “bulk” of his gloved thumb, to the manner in which Brady is holding his hand out to Hoyer. It certainly looks like Brady may be wearing a splint under his glove– but we don’t know for sure!

If anyone can figure out how to throw a ball without their thumb, it’s Brady. Let’s hope TB12 has done his routine preemptive health care with Guerrero to prevent this injury from becoming serious. However, as the Pats face the best defense they have taken on this season, it’s crucial that our Quarterback on Sunday strays away from fumbles or missteps– you don’t want to take any chances on the Jags defense. In the meantime– we petition whatever God is up there that his right hand, the hand that launched a thousand ships, is in good shape for Sunday.