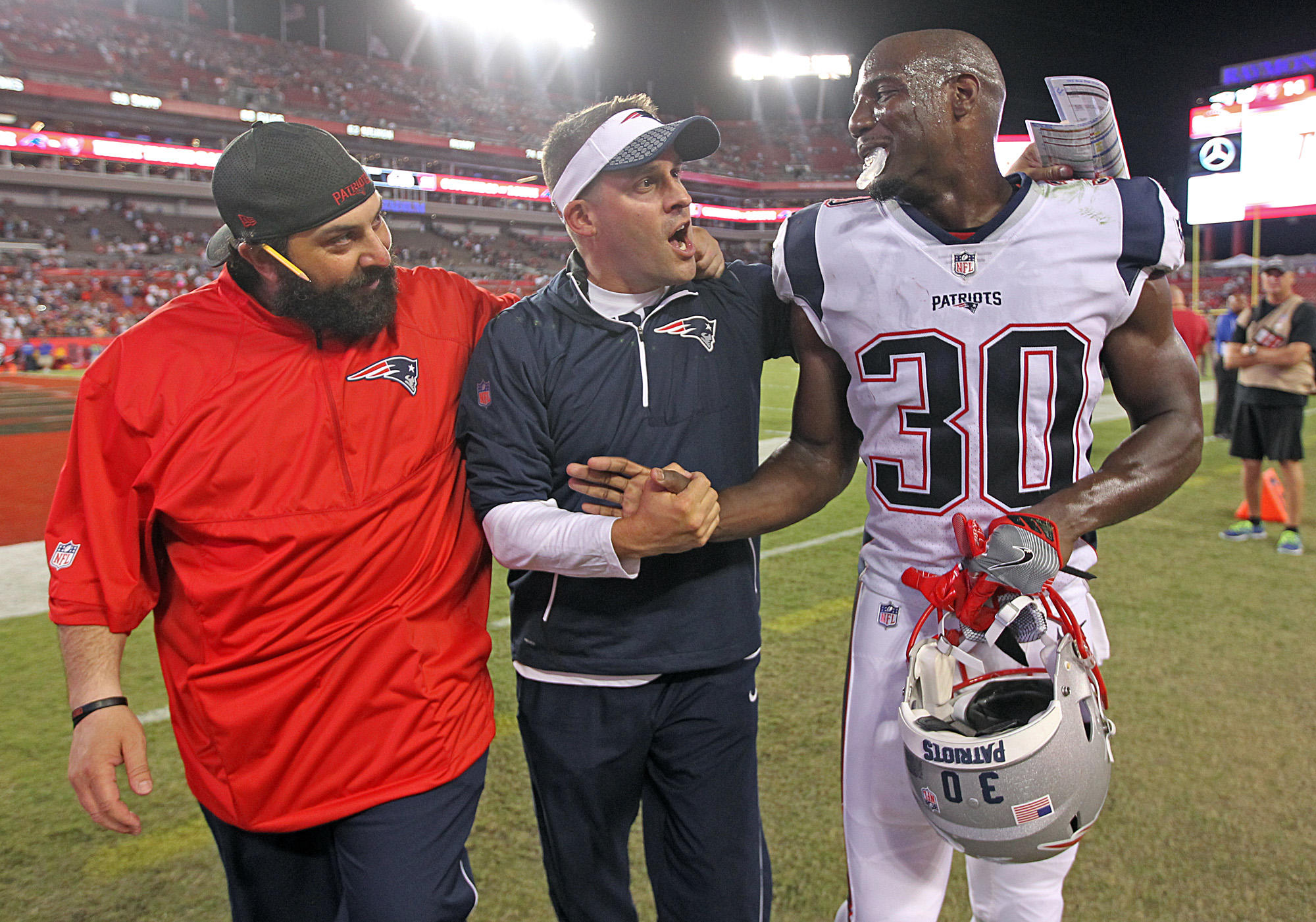 Thank God! We know Bill Belichick is “absolutely” staying with the Patriots next season! Let’s get real– why would Coach B leave when he has full roster control and the backing of a knowledgeable team and coaching staff who are fully committed to the ‘Belichick way?’ Not to mention, the organization hired his son, who has a promising future on the Patriots coaching staff.  When asked of his rumored departure from the Patriots, Belichick responded by simply saying he “absolutely” plans to stay in New England next season. To the chagrin of New York fans, Pats Nation can rest soundly knowing their beloved Coach is staying in Boston. However, still in question is Offensive Coordinator, Josh McDaniels, and Defensive Coordinator, Matt Patricia’s place in the 2018-2019 season. Speculation will continue to grow, as the official announcement won’t be made until the Patriots current season has ended– which will (very likely) be after the Superbowl.

Let’s take a stroll through the rumor mill, with respect to Josh McDaniels’ potential new home. We recently saw a burst of tension between Brady and McDaniels on the sideline of the Bills’ game, but that friction can be chalked up to the stress of competition. Brady is quoted saying that McDaniels “has done an incredible job.” He adds, that the Offensive Coordinator is “a great coach and a great friend.” Similarly, New England fans are fully aware that McDaniels has been a crucial element to the Patriots’ offensive success for nine seasons.

Not surprisingly, other teams agree with Brady’s sentiments, especially the Indianapolis Colts. General Manager of the Colts, Chris Ballard, has reportedly met with McDaniels– who has become a front-runner for their Head Coaching position.  Indy’s star offensive players have plenty of potential for McDaniels to work with. In addition, Ballard has reportedly considered Mike Vrabel and Kris Richard for the job– both are seasoned Defensive Coordinators from the Texans and the Seahawks, respectively.

McDaniels has also reportedly met with the Giants and the Bears for their Head Coaching jobs. With the Bears’ recent acquisition of former KC Offensive Coordinator, Matt Nagy, as Head Coach– I think it’s safe to say McDaniels won’t be in the Windy City anytime soon. However, it’s possible that we see McDaniels land at the helm of The New York Football Giants next season.  After all, McDaniels has a proven resume when it comes to developing quarterbacks. For example, when Matt Cassel stepped in for Brady back in ‘08, he ended up having a respectable 11-5 season. Similarly, Garoppolo’s growth in the QB position can be partially attributed to McDaniels’ coaching ability. It’s safe to say that he is the right man to condition and tailor a new Quarterback as a replacement for Eli Manning in the future.

When McDaniels was asked how his process of interviews has gone, he responded in an expectedly ambiguous manner– saying, he has “no idea” about his position next season. He added that he is “refocused on moving into this week and getting ready for Tennessee.”

Now onto Defensive Coordinator, Matt Patricia, a beloved member of the Patriots coaching staff by players and fans alike. His presence on the sideline, scribbling into his pocket-sized notebook, will surely be missed. Matty P, is a key element in the success of the powerhouse that is the Patriots. A former Patriots staff member is quoted saying, that Patricia has a very little ego and is “all about getting the job done.”

Patricia, a former engineer, sees the nuances of each play and the weaknesses of each opponent. He seems to approach problems with strategic precision and is often referred to as a mini Belichick. In recent years, some Pats fans have viewed Patricia as the heir to the throne after Belichick retires. Patricia was hired as a coaching assistant for the Patriots in 2004 and eventually soared through the feudal ranks to become Defensive Coordinator in 2012. He has racked up an impressive resume with the Pats, making him a desirable candidate for one of the open Head Coaching positions next season.

Some theories point to Patricia clenching the open spot in Detroit. According to CBS Sports, those involved with the coaching searches “will be shocked” if Detroit hires someone “other than Matt Patricia” for Head Coach. It makes sense, as there is a plethora of talent in Detroit and Patricia is more than qualified to re-engineer the Lions into a dominant team. Lions’ GM, Bob Quinn, is keenly aware of Patricia’s ability to coordinate a team into a well-oiled machine. Quinn, formerly a part of the Patriots organization, witnessed Patricia’s coaching talent first hand.

When Patricia was asked about his interview tour, he focused his comments on how much he has learned throughout the process. Similar to McDaniels, he wrapped up his answer by saying how he is “full steam ahead on Tennessee… (and) trying to defend a very talented group.” Patricia gave a true Patriot response— ambiguous, direct, and focused on the next game.

With McDaniels and Patricia’s potential departures on the horizon, we speculate what the Patriots’ sideline may look like next season. Rumors have circulated that Chad O’Shea, current Wide Receivers Coach of the Pats, may fill the Offensive Coordinator position if McDaniels does, in fact, find a new home. As for the Defensive Coordinator position, it’s possible that current New England Linebackers Coach– Brian Flores, may be promoted to the job. However, it’s entirely feasible that in the interim, Belichick will wear both hats and take over the position for himself.

Pats Nation agrees that if Josh McDaniels and Matt Patricia depart from Gillette, they will be sorely missed. The Patriots have remained dominant in the league– so it’s unlikely that this will slow them down. I mean, you’re talking about the guys who came back from a 28-3 deficit just one short year ago. Despite rumors and negativity, the Patriots remained focused on another Lombardi, and as fans, we must follow suit. With that said, as the seasons shift, always remember that “we stand united.”