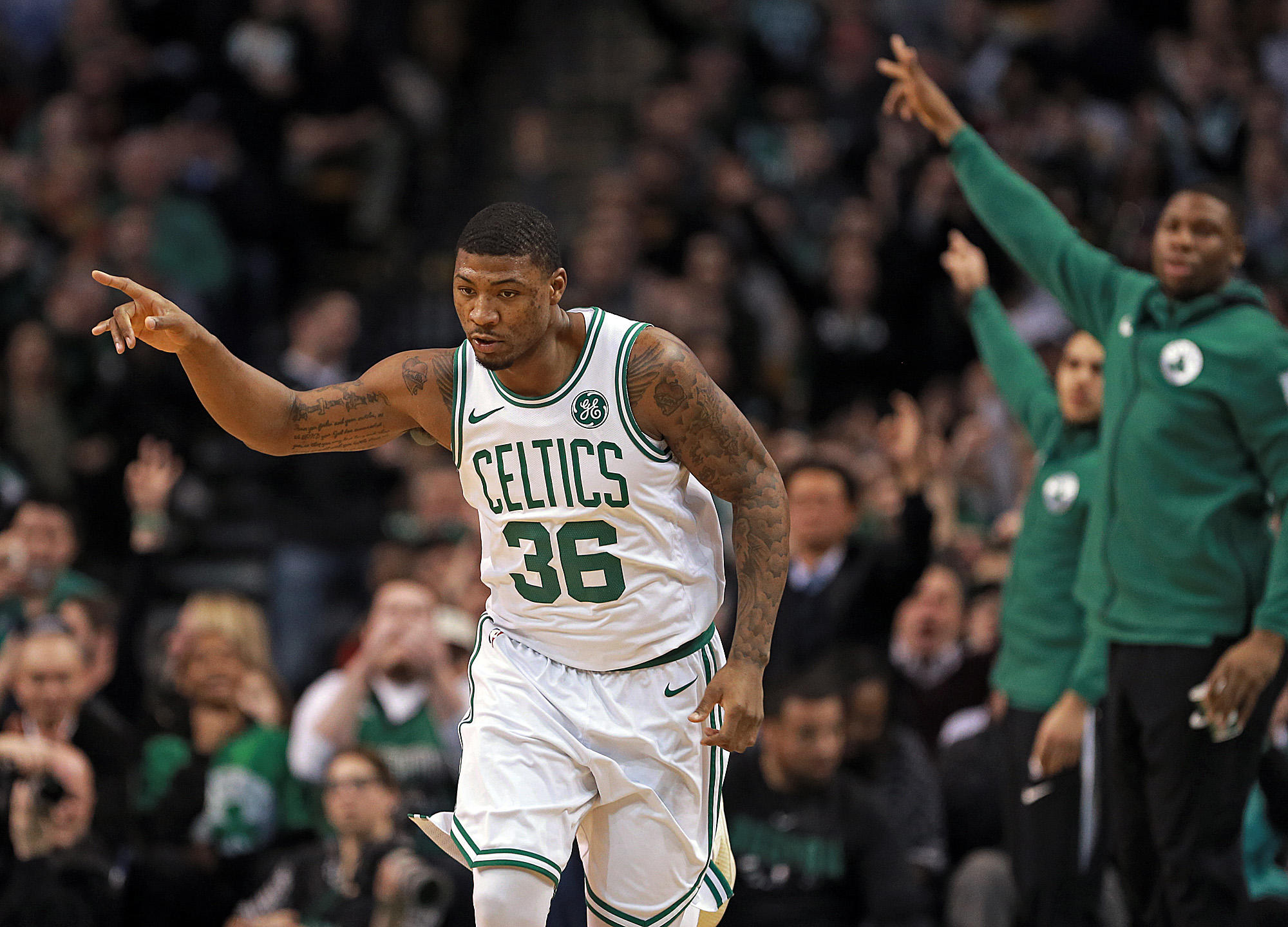 Well, it’s no doubt the Celtics haven’t been as on fire offensively as they were during their 16 game winning streak, however, they have been streaking ever since their December 27th win against Charlotte, with 6 straight including that win. The defense has been the big story here as the C’s are first in Opponent Points Per Game (97.6), Opponent Field Goal Percentage (42.9), and Overall Defensive Rating (99.7). We have seen unbelievable finishes such as Terry Rozier’s game-winning steal and dunk versus the Hornets and Marcus Smart’s two game-winning charges against James Harden and the Houston Rockets. What’s common about these two games? Bench players won us the games. Now don’t get me wrong, the Celtics need their superstar Kyrie Irving in order to win these games, and even Al Horford, who made the game-winning shot against Houston. But let’s stop and think. Horford wouldn’t have even gotten the opportunity to bury that shot if it wasn’t for arguably the most gritty and scrappy defender in the league, Marcus Smart.

Smart is well known for his flops, his floor dives, and his horrendous shooting percentages. A lot of people love to give Smart the cold shoulder for his relentless 3 point shooting that unfortunately only lands him at 29% all season. But give the man some credit, not only did he win us that game against Houston, he SHUT DOWN James Harden, the league’s leading scorer. When defended by Smart, Harden went 0-7 from the field with 4 turnovers (including the two late-game charges). Smart is ranked 8th in the league in deflections at 116 (I didn’t think that stat existed either). When it comes down to it, Smart is crucial to the Celtics success on defense and come to his upcoming free

agency this summer, Boston better give him the money he deserves. Oh, and did I mention he cut 20 pounds in the offseason and looks quicker and leaner than ever?

Yeah, yeah, yeah, Smart is great on defense, the bench has been playing great but Horford looks slow, he looks old, he looks tired…Let me stop you right there and make one thing clear. Al Horford is in no way slowing down. The 6’10” Forward is leading the C’s in both Rebounds and Assists per game and has been a silent killer on defense. To address all the “Al looks old!” complainers, I will say that with 2 days of rest, Big Al’s numbers are much higher at 14.0 points per game, 9.0 rebounds, 68% from the field and 60% from 3. Not to mention he is averaging more assists per game in his last two seasons with Boston than he EVER did with Atlanta. And remember when the Celtics blew out the Loser-Ville Cavs? They only shot 2-13 when guarded by Al. Still not enough? The guy is second in the league in total contested shots and 7th in contested shots per game. With this kind of defense and a superstar forward in Gordon Hayward on the way, Celtics fans should feel very confident in the rest of the season and the playoffs in April.