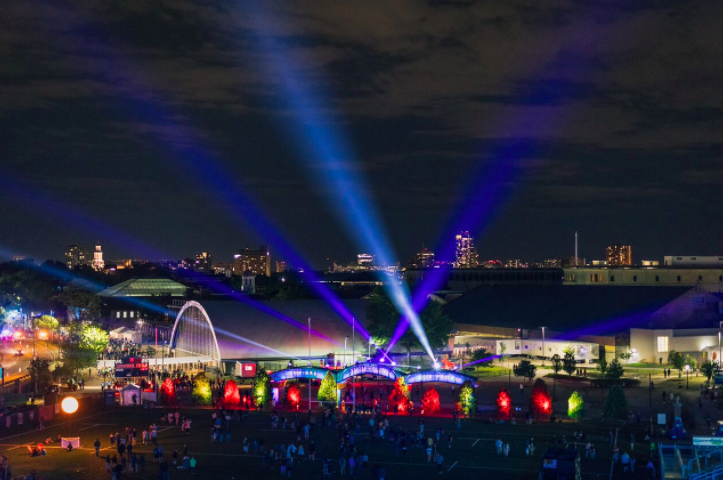 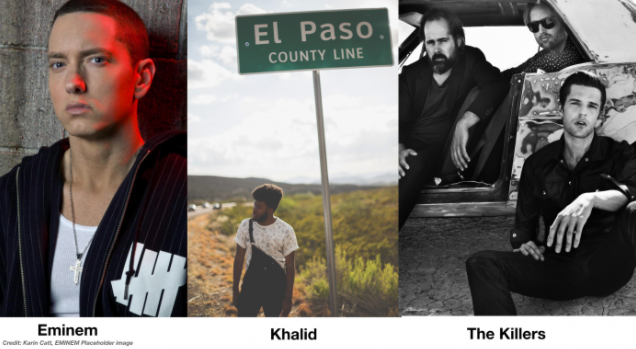 January 4, 2018 – Boston, MA – Boston Calling, one of the city’s most iconic events and one of the world’s largest metropolitan music festivals, announces its 2018 lineup today. The internationally acclaimed and locally grown music festival returns for its ninth edition and will take place for the second consecutive year at the Harvard Athletic Complex in Allston (65 North Harvard Street, Boston) on Memorial Day Weekend, May 25 – 27, 2018.  Headlined by Eminem, The Killers, and Jack White, Boston Calling 2018 will deliver over 54 performances from musicians, bands, and comedians across its three stages and the festival’s indoor arena. Adding to the excitement, Academy Award-winning actress, producer and director Natalie Portman is confirmed to curate and host a series of special programming at this year’s festival. More details will be announced in the months ahead.

“Each year we continue to push ourselves to bring fans the very best festival experience. With some new changes and features already announced for this year’s festival, and many more on the way, we are ready and excited to treat our fans to an incredible weekend of performances from some of the world’s most iconic music acts,” said Boston Calling Events, LLC (BCE), Co-founder and Chief Executive Officer Brian Appel.

As always, Boston Calling’s 2018 lineup is curated by Aaron Dessner of The National and features a strikingly deep roster of talent from various genres. From world-renowned superstars to Grammy winners and nominees to buzzworthy local artists on the rise, this year’s festival will offer fans an incredible amount of options over the course of its three days. Fans are bound to experience performances from both must-see acts and exciting newcomers.

This year’s headliners include Eminem, who hasn’t performed in New England since 2005, chart toppers The Killers, and the multi-talented and 12-time Grammy award-winner Jack White, who recently announced he will release his new album, Boarding House Reach, in 2018.

Boston Calling’s new layout, features, and improvements include additional entrance lanes, stronger wi-fi, more activations and art installations, bigger video screens, dozens of additional food vendors, expanded craft brewing options, a brand new 20,000 square foot VIP & Platinum lounge, and an all-new Platinum level viewing experience. A new sound system is being deployed on all stages, designed to provide a better experience for attendees, as well as mitigate sound bleed in surrounding communities.World-acclaimed festival designer, artist, and sculptor Russ Bennett is back to bring a reimagined look and aesthetic to 2018’s festival. In 2017, he wowed the Boston Calling crowd with clever art installations and thought-provoking spectacles. Bennett is most known for creating the layout and visual design for such world-renowned festivals as Bonnaroo and Outside Lands, as well as for being the artistic brains behind many of Phish’s shows.

Further details on Boston Calling’s programming curated and hosted by Natalie Portman, as well as more information about the festival’s food and drink components will be shared in the coming months.

Boston Calling is proud to welcome back Delta Airlines, Miller Lite, Samuel Adams, and 47 Brand as sponsors for this year’s festival.

Early Bird General Admission Three-Day Passes are available for $279; these offer access to over 54 acts across three outdoor music stages, admission to all comedy and entertainment in the Arena, access to dozens of food vendors, a wide selection of craft beer and wine offerings, an array of fun outdoor games and attractions, sponsor exhibits, and more surprises to be announced. After Early Bird tickets sell out, regular General Admission tickets will become available immediately for $289 plus fees.

Getting There: Boston Calling is best accessed by the T on the Red Line’s Harvard Square stop; from there, it is a short walk to the festival’s main entrance.  Boston Calling will also be coordinating with taxi and rideshare programs for safe and easy pickup and drop off points; there will also be bike racks available onsite.  Onsite parking is available only to Platinum VIP package purchasers.

Boston Calling is produced by Boston Calling Events LLC (BCE) which is owned by Crash Line Productions and The Madison Square Garden Company. 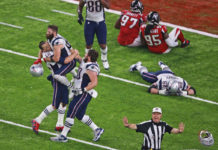