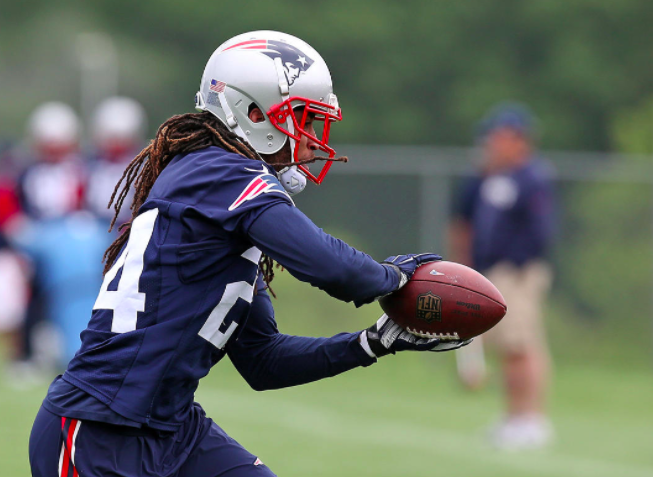 65 million and a 1st-round pick gone for Stephon Gilmore and Brandin Cooks, who have gotten a lot of heat over the course of this season, showed up when it mattered most.

Stephon Gilmore signed a massive 4 year 65 million dollar contract on the first of free agency last offseason with the New England Patriots and Gilmore did not really get off to a great start. Gilmore was shaky at the beginning of the season, he wasn’t understanding the defensive playbook that well. He missed 3 straight games early on in the season due to a concussion.

He wasn’t himself went but as the season went, he really started to emerge as the top cornerback on the teams surpassing cornerback Malcolm Butler who let his contract problems get in the way of his play and was never himself on the field the whole season. Gilmore has the best game as a Patriot in the biggest game of his career making key plays after key plays.

The biggest play Gilmore made in his life came in crunch time of the AFC Conference Championship. It was a fourth-and-15 on the New England 43 yard line with 1:53 left on the clock. Jacksonville was knocking on the door to take the lead late in the game and Bortles dropped back to make the biggest pass of his career and Gilmore shut him down. What. A. Play. Take a look.

Gilmore earned all his money in that one damn play. This guy was awesome in this game and he has emerged by far the number 1 corner for the now and the upcoming season for the Patriots. For a second I thought he was gonna Odell Beckham that ball, the play was a beauty.

Looking at Brandin Cooks now, another somewhat surprising move by trading their first-round pick for him and he had an okay season but he didn’t have the year that we thought we were going to see.

Cooks finished the season with 65 receptions, 1082 years and 7 TDs. Not a terrible season but he wasn’t as explosive and electric we were hoping to see. Sometimes, Cooks would not come back for passes and we wouldn’t fight for passes and it looked like he was afraid to catch the ball in traffic.

Cooks came off a terrible game in the Divisional Round against the Tennessee Titans where he finished with 3 catches for 32 yards. Not a great game, he was basically transparent.

No Edelman, no Malcolm Mitchell, and Rob Gronkowski get concussed in the end of the first half. SOMEBODY has to step for Brady. Danny “Playoff” Amendola did, but so did Brandin Cooks. He looked sharper in this game through and through. Catching balls in traffic, coming back for passes. He was awesome. He drew a key pass interference down the sidelines setting up the Pats first touchdown. Huge play.

Cooks finished with 6 catches and 100 yards, also did I mention that the Jacksonville Jaguars have 2 stud cornerbacks (Jalen Ramsey and Aj Bouye)? Bouye defended Cooks for the majority of the game and Cooks gained separation from Bouye all game long. The Jaguars had the number 1 ranked pass defense in the NFL and Cooks was getting open a lot to help Brady and the offense big time.

Cooks had 1 bad drop the whole game, but he had almost a flawless game. Like Gilmore, Cooks showed up in the biggest games of their careers when the team really needed them 2 to step it up and they did.

Obviously, Brady and Belichick were the by far the biggest reasons why this game was won. Yes, Danny Amendola was absolutely sensational in this game (Number 1 star outside Brady/Belichick). But Cooks and Gilmore came into this season with a lot of promise this season kind of had a slow season and these 2 were getting a lot of heat for it. Where all the Cooks and Gilmore haters after that game? They both had major impacts in this game. Without Gilmore and Cooks, you don’t win that game. Let’s see if they continue this great play in Super Bowl LII. I think they will.